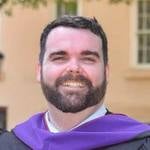 Principal Attorney and Partner Jonathan E.B. Lewis graduated from Norwich University, the Military College of Vermont, with a Bachelors of Arts in War and Peace Studies in 2011.  Following his graduation he deployed to to the Mid East as a Department of Defense Contractor in support of Critical Care Medical Operations as a Medic serving our service members in-country and traveling into and out of Afghanistan and Iraq.  In 2013 he returned to Norwich University, where he graduated in 2015 with a Master of Arts in International Affairs.  During this time he lectured upon and focused in International Violent Extremism / Terrorism.  He spent over ten years in emergency medicine and Fire/Rescue as a Firefighter/Medic in Vermont, Virginia, and for the Department of Defense at various postings prior to and while in graduate school.

In 2015 Jonathan decided to pursue the practice of law, and attended the University of South Carolina School of Law, where he graduated from in May 2018.  While there he was elected to the Honor Council for all three years, on which he also served as as officer.  Additionally, he was one of a handful of students to try-out for and be accepted on both the Mock Trial and Moot Court Bars.  On the Moot Court Bar Mr. Lewis appeared in multiple competitions, eventually appearing before the Judges of the South Carolina Court of Appeals, and the Justices of the South Carolina Supreme Court while still a law student.  Jonathan combined his prior education and work experiences with his study of law, and in 2016 was published in a peer-reviewed journal on the topic of the application and suspension of Habeas Corpus in American law and courts when applied to Unlawful Enemy Combatants.  In addition to his academic achievements, Jonathan worked as a law clerk simultaneously for the South Carolina Attorney General's Office and the Fifth Judicial Circuit Solicitor's Office.

Jonathan has previously worked on both sides of the criminal bar as both a prosecutor and now as a Criminal Defense Attorney, and is an experienced Family Law practitioner.  As a former Special Assistant Solicitor in the Fifth Judicial Circuit he was assigned to prosecute Drug Crimes and Violent Crimes, he now uses those experiences to help those accused of drug and violent criminal offenses by the State.  As a former staff attorney for Richland County CASA he represented Guardian ad Litems (GALs) assigned to advocate for abused and neglected children, and uses that knowledge and experience to now represent parents accused by the State of abuse and neglect.  No matter the crime, the accusation, or the circumstances, he will fight to protect your rights and freedom using his experiences for you and your family's benefit.

In his free time, when he has any, he enjoys being with friends and family, at his home in the Low Country, in the mountains and backcountry of the East Coast Mountains, or being on or in the water as a Technical SCUBA Diving Instructor and Diver.  Originally from the mountains of Virginia, his preferred work attire is jeans, boots, and a collared shirt, but unfortunately the courts prefer him to wear a suit.  He is, however, still trying to bring English Barrister Robes into the mainstream, as you can wear virtually anything beneath one.

Jonathan is admitted to practice in all South Carolina State Courts and Tribunals, the Federal District Court for the District of South Carolina, and has admission pending to the Tennessee Bar.

Thank you for contacting us. We will get back to you shortly.

Please complete all required fields below.